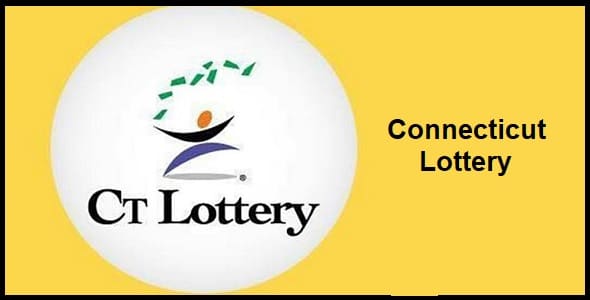 The Connecticut Lottery, like many other state lotteries in the United States, was created to generate money for the state.

The Connecticut Lottery was established in 1971 with the signing of Public Act No. 865 by Governor Thomas J. Meskill.

A nonpartisan panel was subsequently formed to ensure that everything was in place for the first draw the following year.

Since then, the Connecticut Lottery has raised more than $10.6 billion for local charities.

What Is Connecticut Lottery?

The Connecticut Lottery Corporation, usually known as the CT Lottery, is the state’s official Lottery.

The Connecticut Lottery has numerous in-house drawing games; Connecticut also participates in Mega Millions and Powerball, both played in 44 states, the District of Columbia, and the United States Virgin Islands.

In June 1971, legislation established the Connecticut Lottery. Ticket sales for the fourth Lottery in the country began on February 15, 1972, with a weekly passive game simply named The Lottery.

In 1974, the Lottery introduced a new weekly game called Double Play and a subscription service that enabled participants to pick their numbers for a period of up to a year.

The Lottery debuted its first instant game, Instant Match, on September 9, 1975. Single instant games were available until 1990 when a multiple game strategy was introduced. On the draw side;

Television has played an essential role in the Connecticut Lottery’s history, and its weekly Double Play TV show, which premiered in 1976, became the highest viewed program originating in Connecticut.

Connecticut, like many lotteries, began as a governmental institution. On July 1, 1996, it became a quasi-public company, the Connecticut Lottery Corp, as government leaders realized its necessity to operate as a large retail enterprise.

Lottery proceeds go to the state’s General Fund, which supports all of the state’s essential services and programs, such as public health, libraries, public safety, education, and others.

Powerball is a lottery game that is popular in the United States. Every Monday, Wednesday, and Saturday at 10:59 p.m., join your fellow Americans to see if you can win at least $20 million.

You choose five white ball numbers and one Powerball number with a $2 ticket; match all of these to win the jackpot.

By adding the $1 Power Play to your ticket, you may multiply your non-jackpot earnings up to ten times.

Mega Millions is another popular lottery game in the United States. Again, jackpot winners will walk away with at least $20 million.

Tickets cost $2 and include five white ball numbers and one yellow Mega Ball with numbers ranging from 1 to 25.

Matching all six of those numbers wins you the jackpot, plus there are additional rewards for eight other lesser combinations.

Finally, for an additional $1, the Megaplier multiplies non-jackpot wins up to 5x.

The Lotto! is Connecticut’s primary state lottery game. The numbers are selected at 10:38 p.m. on Tuesdays and Fridays, and tickets are just $1.

Players select six numbers and can win the jackpot, usually approximately $2 million if they match all six. Matching three, four, or five numbers earns you a smaller prize.

Lucky for Life is a nightly lottery game with a maximum prize of $365,000 given to you every year for the rest of your life.

A $2 ticket with five white ball numbers and one Lucky Ball also qualifies you for nine additional reward levels ranging from $3 to $25,000 every year for Life.

In Cash5, you select five numbers from 1 to 35 and add a Kicker for $0.50. The Kicker offers you an extra number and increases your chances of winning.

Play3 with Wild Ball might be for you if you want to have two opportunities a day to win prizes worth up to $2,500.

This is a versatile game with several wins methods: straight, box, straight/box, pairs, and combo. You can stake between $0.50 and $5.00 with these alternatives.

Choosing a Wild Ball increases the cost of your ticket and can help you win by replacing one of the lottery numbers picked.

Play4 with Wild Ball operates similarly, but with a more significant possible win of $25,000 because of the increased number of winning combinations available with four digits and an additional Wild Ball.

How To withdraw lottery funds?

If you win a Connecticut Lottery reward, you have 180 days from the draw date to claim it.

Sign your ticket to prove that you are the original owner of the winning ticket.

Fill out any information asked on the back of your ticket;

Please provide a copy of two valid pieces of identification.

First, the Lottery will be lauded for being inclusive of all users, which has simplified interaction and added to the Lottery’s appeal.

Furthermore, they have ensured that customers gamble responsibly by introducing self-exclusion and spending limits.

There has also been the launch of the mobile platform, which has enabled players to utilize the services at their leisure and with less difficulty.

Furthermore, there are a variety of businesses nearby, so individuals who want to play their games on that side may do so without difficulty.

However, the platform needs significant improvement. However, the variety of games available is astounding.

With seven games, the total exceeds that of many lotteries. The payment mechanism is another area that might be improved.

The modes provided need to be expanded, and well-known modes such as PayPal, which is popular in the United States, must find their way to the platform. Still, there may be more promotions in the games section.

Is there a difference in Connecticut lottery regulations if you play online?

You cannot purchase Connecticut lottery tickets online because all ticket purchases are subject to restrictions.

How can I know whether the lotteries advertised on Lottery Critic are genuine?

We obtain information about various lotteries from official websites and regularly check the games and jackpots to guarantee that we deliver correct information.