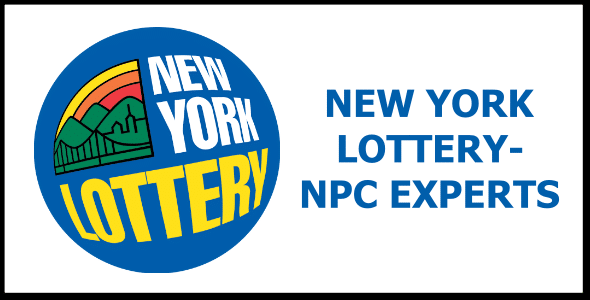 New York Lottery is based in Schenectady and is a part of the New York State Gaming Commission.

Page Contents show
Summary
What is New York Lottery?
History of New York Lottery
Former Draw Games
Monopoly Millionaires’ Club
Sweet Million
Millennium Millions
Lucky Day
Local Lotto
How to Claim a Prize?
If your Prize is $600 and Below
If your Prize is above $601
What do you need?
Different Ways to Claim your Prize Money
How to Book an Appointment?
Final Word
Frequently Asked Questions
How are "For Life" prizes paid out?
When will I receive my jackpot prize?
What if I lose my Lottery ticket?
Can I claim my prize money from a different country?

Moreover, It has been providing funds for public education since starting according to the New York Law.

What is New York Lottery?

The New York Lottery is considered North America’s Largest and most lucrative. It contributes $3.59 billion in Education for FY2020-2021 that helps the Education of New York State.

The revenue of the New York Lottery is distributed to local district schools by the same formula that is followed by other state aid to education.

It considers both the factors i.e., the size of the school and its income lever.

The schools with lower-income received a comparatively larger amount of share from the school funding of the Lottery.

The Lottery began in 1967 and had its slogan as “Your chance of a Lifetime to Help Education.”

It has generated revenue of around $34 billion for Education until now. The main motive of the Lottery was to provide funds for Education.

The governor of New York, Hugh Carey, made a decision to suspend the selling of tickets from 1975 to 1976 due to the scandal that was happening.

However, in 1986 one more scandal took place in which the state employees were manipulating mail-in tickets in a mailroom to result in over $40,000 in winning to friends and family.

The first person to win the Lottery was Lou Eisenberg. He won $5 million in 1981.

Moreover, on February 1, 2013, the New York State Gaming Commission was formed as the Lottery was merged with New York State Racing and Wagering Board.

The New York Lottery was with other 22 states to launch Monopoly Millionaires’ Club on October 19, 2014. Drawings were done on Fridays from October 24 to December 26.

Confusion of players was the reason for poor sales. In Spring 2015, the MMC game was back as a $5 scratch game.

Sweet Million played from 2009 to 2014 was drawn on Mondays and Thursdays nights. The Player has to choose six numbers from the pool.

If the person is lucky enough to match all the six numbers would win $1,000,000. Sweet Million has a payout percentage of 50%.

The last drawing of Sweet Million was done on On June 12, and after that, it got changed by Cash4Life.

It has the same structure as Mega Millions. In this players has to choose five numbers from one pool and a sixth number from the second pool.

The value of both the jackpots was $100 million at the time of claiming. In 2001, no Millenium Millions there were no drawings.

As New York Lottery endorsed the legislation for joining that is now known as Mega Millions.

This game was available in the late 1990s, where players tried to pick the date, month, and year of the 20th Century.

Moreover, this is the only game in which the drawings were done on the computer and not manually.

Players choose six numbers from 0-31. There were four names for Big Apple, Long Island, Upstate, and Western New York marketing of the game.

How to Claim a Prize?

Depending on the amount of your prize money, there are certain ways for you to claim your winnings.

In order to claim your claim, you should have your original ticket, and for your own safety, you should do a signature on the back of your ticket.

What do you need?

How to Book an Appointment?

Playing the Lottery nowadays is like child’s play. States with their own lotteries have made it easy for the public of that particular state to get access to lottery tickets.

Similarly, New York Lottery is only for New Yorkers and can give them a big opportunity to become “Ladybird with Seven Dots.”

The odds of Powerball exceed 1 in 200 million. It could still happen. However, if it doesn’t, you should be mentally prepared.

How are "For Life" prizes paid out?

“For Life” prizes might be paid annually or as a one-time payment, depending on how you choose to receive your Prize.

When will I receive my jackpot prize?

When your prize claim is approved by the Lottery and the Press and Community relations Offices do the media announcements, your money will be transferred to your bank account as selected by you.

What if I lose my Lottery ticket?

Lottery tickets are like currency for claiming the prize money. If you lose the ticket and you do not have the signature on it, anyone might use it. But without the ticket, you can not claim your prize money.

Can I claim my prize money from a different country?

Yes, as you are somewhere else, you can claim your Prize by downloading and mailing the claim form to New York Lottery PO Box 7533 Schenectady, NY 12301-7533.